Turn on the Charm... 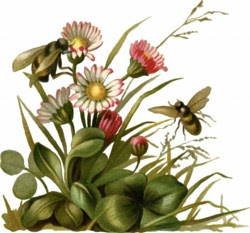 Charm. It's intangible, ineffable, impossible to pin down. The phrase that comes closest is a French one (naturally): je ne sais quoi -- "I don't know what." Yet we all recognize it when we see it: Think Audrey Hepburn, Oprah Winfrey, Diane Sawyer. Celebrities and politicians may possess charm in spades, but there's more to it than physical beauty or sexual magnetism. Marlon Brando was a great actor -- intense, brooding, exuding a dangerous appeal -- but charming ? Not really. But Tom Hanks, by no means leading-man handsome, is as charming as they come.

That this elusive combination of effervescence and intelligence is so difficult to define may explain why social scientists have paid far less attention to it than they have to more easily identifiable "pathologies" such as clinical depression or social anxiety. But that's starting to change. New research has been teasing out charm's elements, identifying the characteristics common to people who draw others toward them like bees to blossoms.

It's hardly an exact science, of course. Like beauty, charm often lies in the eye of the beholder. (Haven't we all been left cold by someone a friend has raved about?) Still, genuinely charming people nearly always exhibit certain universal traits. Here are the five that experts agree on.

This tops the list, ranking higher than poise or social ease, according to a new study by John Czepiel, PhD, of New York University's Stern School of Business. Funny people attract others effortlessly: At a party, the person with the largest circle of admirers is the one who's making everyone laugh. This is partly because "humor offers immense physiological and psychological benefits," says Steven M. Sultanoff, PhD, a California psychologist who is the past president of the Association of Applied and Therapeutic Humor. "It reduces stress hormones, dulls physical pain, and promotes social bonding."

And humor isn't necessarily innocent. In fact, the most seductive variety is often off-color, irreverent, sly. One of the most popular Washington hostesses of the last century was Teddy Roosevelt's daughter, Alice Roosevelt Longworth, an indefatigable gossip and world-class charmer who kept an embroidered pillow in her sitting room that read, "IF YOU CAN'T SAY SOMETHING NICE, THEN SIT NEXT TO ME." The likely source of Longworth's appeal -- apart from the guilty pleasure derived from being an "insider" listening to her cut an unsuspecting outsider to ribbons -- was the sheer vitality and candor behind her attitude. Humor often involves an almost-childlike willingness to flout social conventions: Who among us hasn't had fun breaking the rules of staid, grown-up life?

Although humor alone does not guarantee charm (David Letterman can be hilarious, but it would be a stretch to call him charming), funny people are usually highly original, points out Dr. Sultanoff. And originality is a prime element of charm: Truly charming people never resemble anyone else but themselves.

Charming people seem extraordinarily tapped into life, fully engaged in the possibilities of the moment, and bystanders are sucked into that engagement, too, just by virtue of sharing their space. High intelligence, curiosity, and creativity -- the ability to see connections between seemingly unrelated things -- form a "sharp perspective," a kind of intelligent charisma that's magnetic.

Charmers also tend to be full of energy, life, and exuberance -- qualities that are extremely contagious, points out Kay Redfield Jamison, PhD, a professor of psychiatry at the Johns Hopkins School of Medicine and the author of Exuberance. "People are attracted to Oprah partly because they trust her, but partly because they think some of her energy is going to rub off on them," Dr. Jamison says. "Charming people make other people feel more alive."

Perhaps the most potent charmers are those who manage to inject a lightning bolt of liveliness into otherwise-dull circumstances. Lori Breeden, a grant coordinator in Homewood, Alabama, remembers her college statistics professor, Betty Brazelton, as inimitably charming -- at least partly because Brazelton refused to behave like the stereotypical teacher of a dry subject. "This brilliant, elegant woman, who came to class dressed to the nines, was a fanatic about Auburn University football," Breeden recalls. "On game days she'd paint her face and drive to campus in a car decorated with the school colors, not at all embarrassed by her enthusiasm. She made statistics so much fun that our class presented her with roses on the last day of the semester. I doubt there's another stats prof on earth who can say that."

These "high voltage states," to borrow Dr. Jamison's phraseology, are not the only form that charm takes. There's also a subtler version -- sometimes called grace or poise -- that's characterized by knowing exactly what to do or say in every social setting, no matter how unorthodox. Charming people are not fretters, says Michael Levine, author of Charming Your Way to the Top. They're comfortable in their own skin, projecting a kind of self-confidence that makes other people comfortable in theirs. Jacqueline Kennedy Onassis, for instance, was the epitome of social ease, whether she was wearing Bermuda shorts and a head scarf at the beach or silk and diamonds at a ball. This kind of charm is grounded in unerring good manners, but it extends beyond basic courtesy: It's about putting others at their ease, no matter the circumstances.

Anna Giattina, a teacher in Birmingham, Alabama, remembers her own mother as serenely unruffled by an endless stream of guests who'd drop in unexpectedly at dinnertime: "There were always extra mouths to feed -- my friends, my father's clients, neighbors, people from church. They'd arrive unannounced and stay indefinitely, but my mother welcomed them all. If there wasn't quite enough food to go around, guests would help themselves from the pantry. That's how comfortable she made them feel."

4. An Interest in Others

Most of us are satisfied with the typical polite exchange -- "How are you?" "Fine, and you?" -- that greases the social machinery. But charming people make time to delve. "If you go anywhere with Carrie, you quickly realize that she knows everyone, from the university president to the waitress at the coffee shop," says Shannon Anderson, a college professor in Houston, Texas, referring to a colleague. "And I don't mean in the 'have a nice day' way. She asks about their sick parent, their dog, their son's progress at school. She's sincerely interested." Charming people listen intently, without interruption, and when you stop talking, they ask another question, then another. And they're right there with you -- their eyes aren't darting around the room.

This is one area where charm is defined a bit differently for men and women, says Sherron Bienvenu, PhD, a communications consultant in Utah. "Frankly, women are usually far better at listening than men," she notes, "so when a man listens with his full attention, the behavior seems remarkable." Bill Clinton -- widely regarded as one of the most engaged listeners in public life -- is almost universally considered a charming conversationalist, even by people who disagree with him.

But there's more to it than simply listening without interrupting. Charming people embrace others -- they're never too self-conscious, or too busy, to make someone feel treasured, set apart, unique. Breeden remembers her father's description of a family friend: "Jess makes you feel like she's been waiting all day for you to walk into the room." That kind of obvious pleasure in the company of others is the essence of charm.

Legare Vest, a high school teacher in Nashville, remembers her grandmother, Dorothy Watkins, as the most charming person she has ever known, and a big part of it was her seemingly limitless desire to reach out to others. "She kept a list of people she 'owed' a note -- even just a 'how are you?' -- and wrote one nearly every day. People loved getting them. Every time we went to the grocery store, someone was sure to say, 'Dorothy, your note made my day.'"

5. Curiosity About the World

Charming people are deeply curious. They're wide-open to all aspects of experience, constantly trying new foods, reading books, meeting people. They want to know about everything -- what raw squid tastes like, how you wound up with an emergency appendectomy, where butterflies go in the rain. It's almost a hunger: Tell me more! And the attitude is infectious, inspiring in others the sensation of more energy, deeper engagement, greater curiosity, says Dr. Jamison. "A person who is not innately curious and lively will feel more so when he is around someone like this."

Being open to experience has another upside: "People with this quality tend to be more tolerant," Dr. Jamison notes. Because they're interested in everyone, in finding out many perspectives, they project a kind of warmth and open-mindedness that may eventually lead to wisdom. In one long-term study at the University of California at Berkeley, women who were described by their peers as open and tolerant at age 21 were more likely to be described as wise 40 years later.

Given findings like these, it is hard to dispute Dr. Jamison's claim that scientists need to start paying less attention to the darker side of human nature and more to the positive. "I don't think people appreciate how important it is to figure out how these 'good' traits work," she says. "But I for one believe that this kind of research is absolutely vital to all of us -- as a species and as a society."

About 10 percent of 4-month-old infants, research shows, already exhibit some of the most obvious signs of charm -- intense social engagement, high curiosity, and exuberance -- which suggests that these characteristics are innate. Nevertheless, they can be learned, says Michael Levine, author of Charming Your Way to the Top. Note, though, that learning to be charming is not the same thing as pretending to be. "Charm is sincere by definition," Levine says. "Fakery can be recognized in an instant." The trick, he says, is to practice the elements of charm so consistently that they become a natural, authentic part of who you are. Here, some charm school pointers:

Pick a role model. Who's the most charming person you know? Levine recommends observing that person and following her lead. Marilyn Paige, a reporter in Philadelphia, remembers a college friend: "Alice had amazing social instincts. By consciously imitating the way she dealt with people, I learned how to create a rapport with others."

Be a good sport. You don't need to be a great storyteller or a natural comedian to have a great sense of humor, says Levine. All that's required is a refusal to take yourself too seriously. Dolly Parton, for example, is famous for laughing at herself: "It takes a lot of money to look this cheap," she'll say merrily.

Notice the nuances. "We all love it when someone sees beyond our most obvious features," notes Maya Talisman Frost, a mindfulness trainer in Portland, Oregon. "So make a point of commenting on what surprises and delights you about someone else."

Bone up. Part of being charming is listening with real interest, but an equal part is having something interesting to say, says Dr. Tessina. So get informed -- read all about the background doings of a hit movie or unearth a surprising fact about a historical figure. Be sure it's a topic you actually care about. People will respond to the passion they hear in your voice as you speak.

Posted by MamaBirdEmma at 4:30 PM