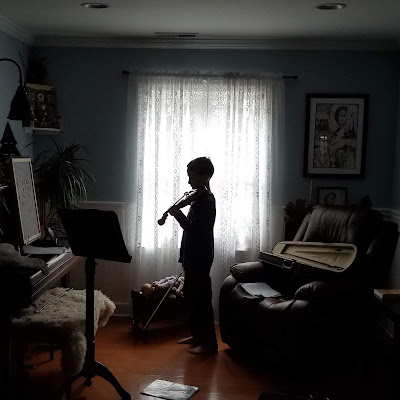 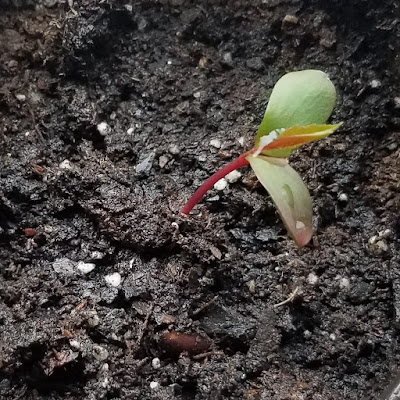 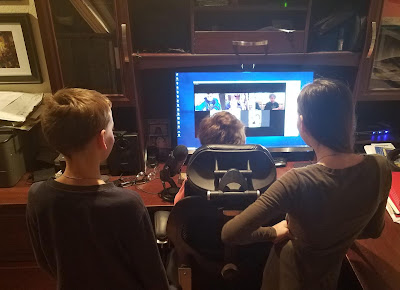 Today is our twelfth day in captivity. I spent most of the morning going from store to store (four in all) getting things for the week. I was able to get everything except toilet paper. We still have a week's worth, but I want to try to find some before we run out. I did get  a few boxes of inexpensive tissues in case I am unsuccessful. Though there are still lots of things that the stores don't have, I am noticing that the small shops and grocery stores have more that the bigger chains like Walmart.

The boys had their first Zoom violin lesson this afternoon and I think it well. It will take a little getting used to, but I do think this is a good way to continue lessons during the times when we (or their teacher) are sick enough to be contagious, but well enough to do some things.

We also held a Zoom meeting for the parish children and that was fun for the kids. They were on for two hours!

I bought some packets of flower and herb seeds and some potting soil while I was out today. The gardening bug has hit many people that I know, and I am not immune. I'm starting small so that things are manageable and not too costly.  Our daughter planted the sprouted pip she found while making apple crisp last week and it is shocking us with the growth it's had in just a couple of days. Hopefully these packets of seeds will grow just as well!

Posted by MamaBirdEmma at 11:32 PM

Email ThisBlogThis!Share to TwitterShare to FacebookShare to Pinterest
Labels: Exile