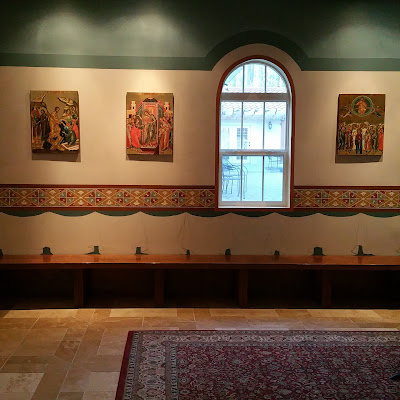 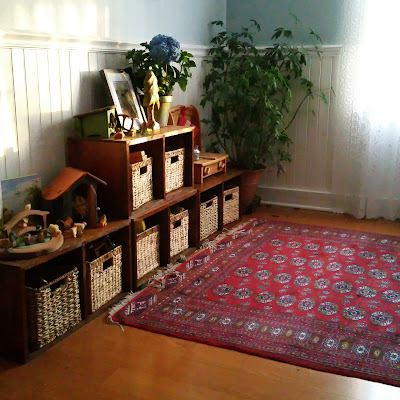 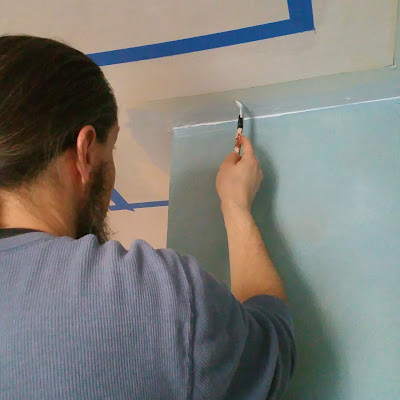 The border has been officially finished in the nave!  Hopefully the border in the vestibule will be wrapped up tomorrow and we'll maybe even get to start painting the napkin.  Father John worked on the ceiling in the choir loft today and that will hopefully finished up in the next day or two.

:::::
Before Lent started in March, I jokingly (but actually pretty seriously) told my husband that I was giving up Donald Trump for Lent. I just found out that he is coming to our little backwater town to speak at the high school down the street from us tomorrow night... what?!?! Ten days before Pascha? I am completely mystified when I try to think of the reason he would come to a town with a population of 4,562.

At least we'll all be enjoying the Liturgy of the Presanctified Gifts when he begins his rally and will be 'setting aside all earthly cares.'
Posted by MamaBirdEmma at 9:42 PM

Email ThisBlogThis!Share to TwitterShare to FacebookShare to Pinterest
Labels: From House to Church, Orthodox Christianity

The church is beautiful. So serene. I'm amazed at how much you did in such a short time.