What Orthodox Families Must Do to Keep the Kids Orthodox... 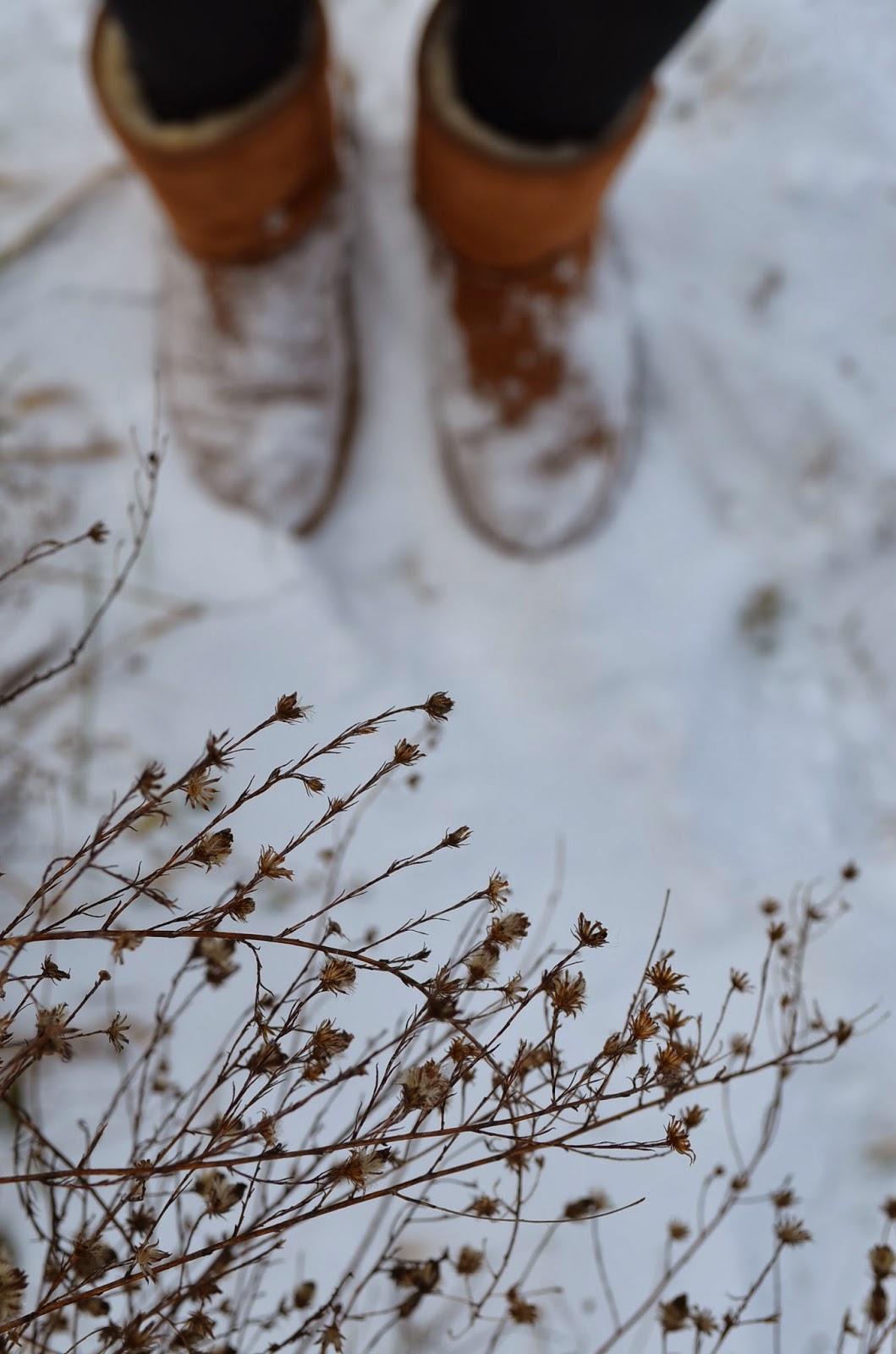 It is common in Orthodox parishes to find faithful people asking, why aren’t more kids coming to church? It’s an important question, since it raises two deeper issues: firstly, where will the Church in the Western World (outside traditionally Orthodox countries) be in twenty years, and secondly (and perhaps most critically); what on earth have Orthodox families been doing for the last few decades that has resulted in most parishes being almost devoid of young people?

Obviously, somewhere, the transmitting of the precious Orthodox faith from one generation to the next has not been accomplished. Of course, building faith in young people is a one-to-one exercise, requiring the time and concerted effort of parents, who bear the primary responsibility for this task. If young adults (or not-so-young adults) do not love Christ’s Church, the question must be asked, what exactly has been the highest priority of their home life? Academics? Getting a good job? Sports? Social life? Entertainment?

Saint Paul tells us that whatever we sow, that is the thing that we shall reap (Galatians 6:7): whatever we put into our children – a love of music, international travel experiences, unbridled ambition, a concern for the poor – it is very likely that this will profoundly shape their character. Similarly, as St. John Chrysostom tells us, the things that we allow to surround our children will either reinforce or undermine our primary influence on the life of our children (his Admonition to Parents is a tremendously helpful read for all mothers and fathers). Where can we start with this immense task? Consider the following:

1. SHOP AND PLAN LIKE YOU’LL SPEND ETERNITY ELSEWHERE.
We are all tempted to desire to be like the world, to be liked by those around us, and to “fit in”. Sometimes the cost of such acceptance is too high. The way in which we use our money and our time says a lot about whether we are planning more for this life, or more for eternity. If we are planning primarily for this life, why would our children even consider worrying about their spiritual life? When our check books, online shopping, and recreational trips to the mall outweigh the time spent at church or at prayer, why would our children turn out any other way?

2. STOP WORKING AND SHOPPING ON SUNDAY.
This is a concrete way to set aside time for God. The Lord tells us that the sabbath (Sunday, for Christians) was made for our sake (Mark 2:27) – for our rest and spiritual rebuilding from the spiritual maelstrom that tears us apart during the other six days of the week. If we lack the strength to live a spiritual life, we should ask why!

3. PROVIDE ORTHODOXY AS AN IDENTITY OPTION.
Orthodox kids in the western world are usually provided with two mutually exclusive and spiritually poisonous options: retain a foreign culture (language, name, history, etc.) as your primary identity, in order to somehow “keep” the Orthodox faith as part of that culture, or become westernized and leave your faith and culture behind. The whole idea that Orthodoxy is “part” of any culture is of course absurd, since two millennia ago, nearly every culture was thoroughly pagan. Even recently, many “Orthodox” cultures fell under the hypnotic effect of Communism, and today many are intoxicated with capitalist materialism.

Having a rich sense of inherited culture – whatever the culture is – is a formative seed in the soul of a child, since a rich appreciation and love for inherited tradition prepares a child’s heart for Orthodox living (since our faith is timeless, and requires inoculation against the passing winds of fashion). But a child’s first loyalty, the loyalty that must be cultivated and exemplified by each parent, is loyalty to the unchanging treasure of the Orthodox faith. If a young person thinks they have lots in common with other Orthodox people because they are Orthodox, there is a good chance they will remain faithful. On the other hand, if a child believes he has more in common with other peers who share their culture, whether those peers are faithful or not, it’s probably too late – the young person does not have an Orthodox Christian self-image, and tremendous work needs to be done.

4. LEARN THE ORTHODOX FAITH – ACQUIRE THE MIND OF THE HOLY FATHERS.

For parishes that use the English language, this means teaching Orthodoxy to adults (catechumens and long-time faithful) so they can pass it on at home, while teaching kids. The temptation to “make Orthodoxy Canadian (or American)” must never turn into a watered-down practice ; this is one of the big reasons ethnic Orthodox people do not trust missions using the local vernacular language with the task of religious education: watered-down, “modernized” Orthodoxy is a scandal to people who are already deeply fearful of losing their imported culture. Sadly, many examples of “North America” Orthodox missions are full of attempts to redefine Holy Tradition, to revamp inherited liturgical traditions, and generally to try to “know better than all the faithful saints who have lived the Faith since the beginning. We must learn from history that Orthodoxy is a universal faith, for all times, places and peoples, and teach this critical lesson to our children.

5. CULTIVATE A NETWORK OF ORTHODOX FRIENDS OF ALL AGES.
Imagine for a moment that the electricity supply was cut off to your home town. What would you do? Do you have alternatives close at hand? Many people – particularly younger people – would find life without electronic entertainment an almost unbearable reality. Similarly, many Orthodox parishes assume that the reality of foreign immigration will continue to keep their parishes vibrant, and full of Orthodox people. But what happens when immigration stops? What happens when the vitality of Orthodox life depends only on reaching those non-Orthodox who are already here? Sadly, we do not learn the lesson from previous generations of Orthodox immigrants: eventually immigration dries up, and we must start sharing our life of faith with other Orthodox people around us.

6. STOP TRYING TO “KEEP UP” WITH WESTERNIZED (IN PARTICULAR, “AMERICAN-STYLE”) RELIGIONS.
There is a reason that chirpy music and jumping services win over people quickly: they appeal to the senses, and are easily embraced by the noisy hearts of those in the western world. If we are trying to pass on Orthodoxy to our children, the idea of emulating modernized religious life is truly absurd, since it fails to pass on to them the unique tools that only Orthodoxy has to give. Orthodox eyes that see timeless, unchanging truth, an Orthodox mind that understands the teachings of the Apostles’ faith, Orthodox ears that are drawn to eternal beauty, and an Orthodox heart that is trained in the inner stillness of prayer: these are gifts that the Orthodox faith gives. Our children need them. If we have access to them, and we fail to take the necessary steps to give them to our children, we have failed them.

As the Lord asks us, “If a son asks for bread from any father amoung you, will he give him a stone? Or if he asks for a fish, will he give him a scorpion instead of a fish?” (Luke 11:11). The Orthodox Faith is available to us to give to our children the spiritual food they crave. What would we tell them if they ask us why we gave them something else instead?

- Father Geoffrey Korz in a priest in Canada. This article was originally published in the March-April 2005 of the newsletter of the All saints of North America Orthodox Church, online at www.asna.ca.
Posted by MamaBirdEmma at 6:54 AM

Wow, I really enjoyed reading this! Thanks so much for sharing it.

I feel strongly that we need more conversation about the role for and expectations of children in Orthodox church, and what the church can do to welcome and nurture its youth, including having classes for parents about what the expectations for children in churches are. In some churches this is done very well, but in other churches, it is not. I've observed to my horror many parents using church as an excuse to instill discipline in their children, dragging, pinching, threatening and punishing them. I feel that all churches should strongly condemn this behavior of the parents, and make sure that there is a safe and peaceful way for children to get the spiritual nourishment, as the author says, that they seek from church. In the traditional Orthodox churches in E. Europe I've attended, there is much more informality of the service; adults and children drift in and out, venerate icons, pray. There is not such insistence on "behavior" -- it is much more of an offering to step into the presence of God with whatever of yourself you are capable of. I'd be interested in others' thoughts and experiences.

This is wonderful! Do you mind if I share this on my blog as well?

I think sometimes families forget to make their own home a church as well. There is not continuity of the faith outside the walls of the church. There are no discussions about what it is that we believe in. We strive to make Orthodoxy part of our everyday lives and I hope that will make a difference to our kids.

Hi Sylvia! You are welcome to use this on your blog!

You are right, orthodoxmom3! We need more more Orthodoxy in our everyday lives and not just on Sunday!

Very true, Mari! We are working on that in our own church, but it takes continual effort:)

I read this blog post and information at the perfect time...worrying about my 10 year old and his identity as an Orthodox Christian. Thank you for posting it! I see there are many things I can be doing to help him connect the dots, keeping him grounded in the faith and as a part of his identity.