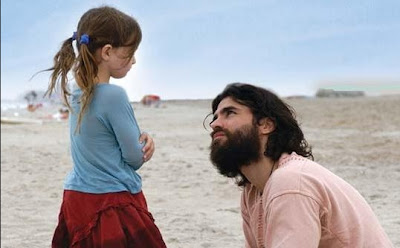 445 babies saved from abortion thanks to free ‘Bella’ movie, popcorn
By Peter Baklinski

GREEN BAY, Wisconsin, January 12, 2012 (LifeSiteNews.com) – A pro-life organization has a novel strategy to reach out to a woman who is thinking of aborting her baby. The plan consists in handing out a ‘night at the movies’ that includes free popcorn, candy, and yes, a free DVD. The strategy has already saved the lives of 445 babies, says the group.

Bella HERO, a non-profit organization, views it as their mission to provide for free what they call the “powerful life-changing” film Bella to any pregnancy care centre that wants it. The program, launched in 2008 by Jason Jones, the producer of the awarding winning film Bella, has as its goal to give the pro-life movie to any woman with an unplanned pregnancy so as to help her in making what the pro-life organization calls “the most important decision in her life.”

The film Bella, released in 2007, is a story about how reaching out in a loving way to someone in a difficult situation can give them hope.

“What the movie does is touch the women where we can’t,” said Tracy Reynolds, program director of Bella HERO in an interview today with LifeSiteNews. “It really shows her what her opportunity would be either to be a ‘mom’ or to ‘choose adoption’ and give that child a home.”

Reynolds compared the film to a “mega ultrasound” which allows a troubled pregnant mother to really see the possibilities in choosing life.

Over 700 pregnancy centres across the USA, Canada, and Australia are now using the Bella film strategy to change hearts and save lives.

Counselors receive training how to use the film with pregnant women who are undecided about the fate of their baby and even considering abortion. Some centres have found that the “movie night in a bag” concept, which includes the “DVD, popcorn, candy, and other creative items,” is practically impossible for someone to turn down.

Heartwarming success stories leave no doubt that the strategy is effective.

Abortion minded 16-year-old Anna (name changed) received counseling over the phone from one centre. She was sent a packet which included Bella. Soon afterwards, Anna called the centre back saying, “Bella is the best movie I have ever seen! It helped me decide to keep my baby.”

Another woman, Tina, and her boyfriend came into one centre and discovered that she was pregnant. Not only was Tina in college at that time, but she was also far away from home. She did not think that she was ready or able to bring a child into the world. The abortion-bound couple was given a copy of Bella.

The couple surprisingly returned to the centre for an ultrasound. The staff were delighted to learn that they had decided to keep their baby and parent the child themselves. The father wanted to name his child ‘Bella’ if she was a girl. The couple’s choice did not swerve when the ultrasound revealed twin daughters. They are now the proud parents of Bella and Millie.

Cindy (name changed) visited a pregnancy centre very “confused and scared.” The 25 year-old woman was already the mother of a young son. She did not want to abort, but felt she had no choice since she “felt she loved her boyfriend too much to interrupt his college plans”. She went home with the film Bella, but not before agreeing to return for an ultrasound.

A few days later, Cindy returned to the centre crying. The staff heard that she had not slept for the last few days. The counsellor learned that Cindy had watched Bella and not only decided to keep her baby, but had broken off her relationship with her boyfriend and turned her life over to God. Just like the star in the film, Cindy chose adoption for her baby.

Peggy Hartshorn, President of Heartbeat International, a pro-life organization that works to make “abortion unwanted today and unthinkable for future generations,” endorsed the Bella HERO initiative, saying that many women who feel “pressured to abort an untimely pregnancy need someone to say that it is okay to have a baby.” She believes that the film is a lesson in “compassion, self-sacrifice and the unconditional love of family” and that it will give pregnant woman a “positive message.”

Cindy Collins, Director of a Crisis Pregnancy Center in Louisiana encourages pregnancy centres to put the film to use. “It has been received with enthusiasm at my center, and we already have 5 mothers who chose life after watching the movie,” she said.

Reynolds is convinced that all an abortion-minded woman needs to know so that they will cherish the life within them that there is that “there is hope, that they are not alone, and that somebody is out there who will help them”.

Many staff at pregnancy centres believe that the film captures the heart of their ministry. They look forward to more babies being saved as the story of Bella continues to reach troubled pregnant women with a powerful message of hope.

Posted by MamaBirdEmma at 9:52 PM

that is really beautiful and encouraging; thank you!

After holding my two little ones in my hands, I hurt even more to think of someone deliberately choosing to kill their child. God bless these people for their ministry.

Thank you!
God bless you!

This is so great! I saw this movie a while back and loved it. This post makes me want to watch it again!