The Heart of the Matter... 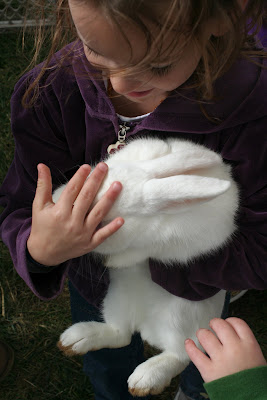 In Edgar Allen Poe’s classic horror tale, "The Tell-Tale Heart", a murderer dismembers his victim and hides the pieces under the floorboards. When the police call to investigate, he prides himself on his cleverness—but gradually becomes unhinged, at last screaming out the location of the corpse. He was undone by the sound of his victim’s heartbeat, drumming in his ears.

Why, after so many years of legalization, does the abortion debate continue in America? Why haven’t we accepted it as matter-of-factly as we do any other surgical procedure? I believe that it has something to do with a tell-tale heart. Deep inside we know: someone dies in every abortion, a tiny growing child with hands and eyes and a face and a beating heart. Four thousand times a day that beating heart is stopped—but in our conscience it seems to go on.

I didn’t always feel this way. I was an abortion advocate in college, and before the Roe v. Wade decision my car sported a bumper sticker that read "Don’t Labor Under a Misconception—Legalize Abortion." But that was when I thought that abortion merely discarded a "glob of tissue". I didn’t know that that tissue was shaped remarkably like a baby, and that it was alive. I didn’t know that the crude process of abortion sucks the child out, piece by piece, through a narrow tube and into a bloody bag.

But once I learned, my stand against violence had to include abortion as well. I simply could do no other. For the tell-tale hearts are our own as well; we cannot deny the beat of compassion that wells from within, that urges us that something is terribly wrong in our land.

The abortion business makes at least $500 million dollars a year in this country, performing over a million and a half abortions. Only a tiny fraction of these are done for reasons of health, rape or incest. Half of all abortion customers were using no form of birth control; nearly half are coming back for a second (or third or fourth…) abortion.

Are these women callous, contemptuous of the lives they have begun? Yet who would choose abortion if she had any other choice? The procedure itself is ugly and degrading, a mechanical vacuuming of the womb’s interior; she must pay for this privilege several hundred dollars in cash, and knows, at some level, that its only purpose is to destroy her child. In the process she runs risks from puncture and infection to colostomy, paralysis, or death; abortion is an unnatural invasion to reverse a healthy process, so even legal abortion will always have its risks. Then there is the psychological trauma, sometimes delayed for years, which accounts for the number of grief-stricken post-abortion women flooding into the pro-life movement.

It seems clear that no woman would have an abortion if her alternatives did not appear even more forbidding. Like an animal caught in a trap, trying to gnaw off its own leg, the aborting woman can see no other escape except this route of violence and despair.

In defending the path of abortion, Supreme Court Justice Blackmun wrote, "Millions of women…have ordered their lives around [access to abortion], and…this right has become vital to the full participation of women in…American life." We recoil to think that something so hideous could have become necessary to our lives. How can it be that we must sacrifice our children to succeed? Is such a sacrifice laid on men? Is any other oppressed or marginalized group required to have surgery in order to participate in American life?

Abortion may not have helped women, but it has helped those who would be inconvenienced by her pregnancy and her child. It is easier for a sexually irresponsible man to pay for a woman’s abortion than to marry her, or to pay child support for eighteen years. It is not out of concern for women’s welfare and dignity that Playboy so enthusiastically supports abortion on demand.

The relentless demands of careerism also have little patience with parenting. It is easier for an employee to abort her child, than for management to worry about providing maternity leave, health insurance, child care, and time off for Mom to go to the school play. She is expected to conform to the male model of worker—never pregnant, with a wife at home to take care of the kids. It’s easier on everyone if the woman has an abortion—easier on everyone, that is, except her and her child. No wonder our hearts are uneasy. Abortion is cruel to children, and it is not much kinder to the women on whom it feeds.

For these reasons, many pro-lifers have turned their time, not toward politics, but to practical aid in the abortion dilemma. There are approximately 3000 pregnancy care centers in America, where a woman can receive many kinds of help ranging from housing, medical care, legal aid, food and clothing, to job and budget planning for the years ahead. All these services are offered free, donated by volunteers who are for the most part women just like her—mothers who care about other mothers in need. No matter how one feels about abortion laws, we can all consider lending our aid to these woman-helping agencies by volunteering time, or laundering donated baby clothes, or opening a guest room to a woman whose family has rejected her. Sometimes all a woman needs is the knowledge that someone cares, that they will stand by her as she tackles a challenging and courageous path.

I have faced this path myself—not as vast a crisis as some women must endure, but still daunting to me. My husband had just lost his job when we found I was pregnant; we knew we would have to move cross-country, but had no idea where. We already had two children under five. Gary and I walked around the block in the late afternoon, choked and fearful. I thought about the tiny, trusting heart already growing beneath my own. Our lives felt out of control; what could we offer this child?

But we did find a job, and we did move, and Stephen was born in our new home, a joyous day among midwife and friends. Nine years later he’s the portrait of boyhood, bold and busy, full of plans and projects. But for all his Ninja-Turtle posturing, Stephen has a tender streak that betrays him when he spots a stuffed animal or sees a sentimental show. Of all the hearts that love me, his is the one that loves me with the most unfettered, blind devotion; to him, Mom is perfection on earth.

I think of all the thousands of women today whose children will be pulled out of them bit by bit, children who are as much like them as any mother and child can be. At some point, that tiny, new heart will beat its last. Who can say whether that would have been the heart that, in all her lifetime, would have loved her best?

Stephen comes in, flushed and grimy from running in the afternoon sun. He interrupts me as I sit at my desk, impulsively flinging his arms around me in a baby-bear hug. My head rests against his slender chest. I can hear in there his tender heart, beating faster now than the wings of a bird.

Posted by MamaBirdEmma at 5:14 AM

Very eloquent. Thank you for posting this.

My heart aches for the women and rejoices at the words written here that I have been unable to formulate. Jill

I remember reading that while in high school...horrible to think of so many Americans and the Obama administration thinking it is okay to kill an innocent baby! I just don't get how they can think it is not a LIFE.