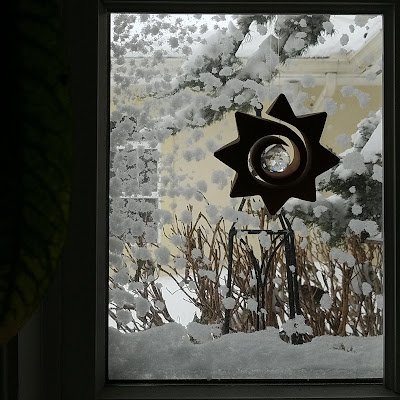 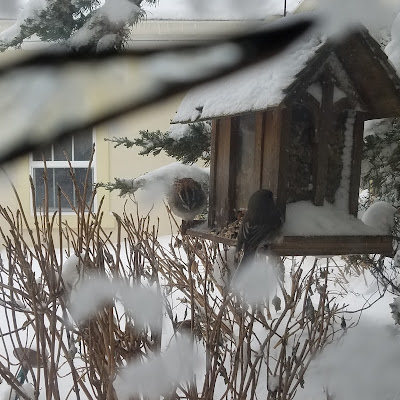 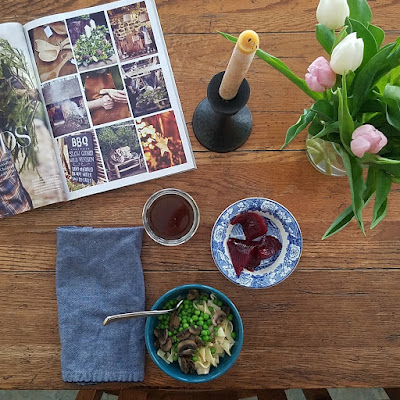 The turkey, which had been left to its own devices in the oven much to the concern of the two little girls, had assumed a luscious golden brown when Miriam returned to baste it.

She put on the vegetables and topped up the water in the steamer holding the Christmas pudding before going to set the table.

She had ransacked the airing cupboard and at last found a large white damask cloth, old and beautifully starched, with several darns executed, she guessed, by a long-dead hand. No one these days, surely, could be bothered to do such fine work.

Spread upon the dining room table and decorated with two candlesticks borrowed from the mantlepiece, it began to look like a festive board, although Miriam cursed herself for forgetting to buy crackers, those instant decorations. As it was, there was no time to search for flowers or ribbons, but she filched a few holly sprigs from above the pictures where the children had put them, and set them round the candlesticks.

"Can we put some pretty things too?" queried Jenny.

"Yes, do," said Miriam, rushing to the kitchen to attend to an ominous hissing noise."
No Holly for Miss Quinn
Miss Read

It snowed!  Not just a little dusting or even an ordinary snow.  It was a blizzard.  How lovely it was to be tucked into our warm house with the wind howling and the snow falling and blowing everywhere.  Though the storm began at about nine last night, it continued to rage all day, which hasn't happened in awhile.

Normally, the wild birds that come to eat at our feeder are quite skittish.  Today, however, they were completely content to be watched while they ate.  Our daughter even pulled a chair up close to the window to watch them while she embroidered.
Posted by MamaBirdEmma at 9:02 PM