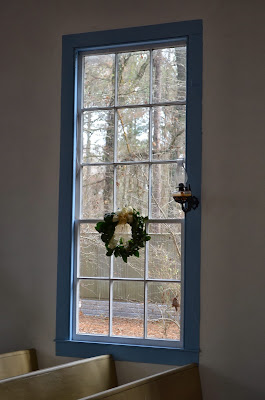 
The first says that the day was chosen to oppose the great pagan feast of the sun god, which was celebrated near December 22nd at the Winter Solstice, the time of year when the days started to get longer again (at least in the northern hemisphere).  It is believed that the Church chose December 25th, because it ensured that Christians would be fasting during the pagan celebration and would therefore not easily be tempted to participate.  And also because it would help the pagans to leave off worshiping the false sun god and instead celebrate the coming of the True God, “the Sun of Righteousness”.
The second explanation says that the day was chosen in relation to the feast of the Annunciation, which was celebrated on March 25th commemorating the supernatural conception of the Lord in the womb of the Virgin Mary.  The Annunciation was celebrated on this day because of the belief in the ancient world that great men died on the same day as they were conceived.  Since the Lord was believed to have been crucified on March 25th, it also came to be believed that He was likewise conceived on this day.  And since it followed that the Lord’s birth would be nine months after His conception, the feast of His Nativity was set on December 25th.
Posted by MamaBirdEmma at 6:30 AM

If memory serves, both St. John Chrysostom and St. Augustine refer to having seen the records of the census ordered by Octavian Augustus which corroborated the traditional dating. Given what detailed record keepers the Romans were that doesn't strike me as an assertion which strains credulity.

Too, I once heard a homily preached that argued we know the date because Mary told the Apostles.

Again, if memory serves, the celebration of Sol Invictus was an effort by a paganzing emperor to reassert the "old religion" in the face of the rise of Christianity. It was a response to the observance of the Nativity in the West, not a precursor that needed to be co-opted by the Christians.