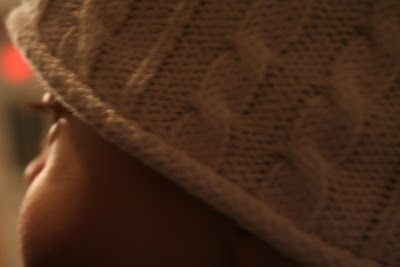 By Ross Douthat
New York Times Op-Ed
The American entertainment industry has never been comfortable with the act of abortion. Film or television characters might consider the procedure, but even on the most libertine programs (a “Mad Men,” a “Sex and the City”), they’re more likely to have a change of heart than actually go through with it. Reality TV thrives on shocking scenes and subjects — extreme pregnancies and surgeries, suburban polygamists and the gay housewives of New York — but abortion remains a little too controversial, and a little bit too real.

This omission is often cited as a victory for the pro-life movement, and in some cases that’s plainly true. (Recent unplanned-pregnancy movies like “Juno” and “Knocked Up” made abortion seem not only unnecessary but repellent.) But it can also be a form of cultural denial: a way of reassuring the public that abortion in America is — in Bill Clinton’s famous phrase — safe and legal, but also rare.

Rare it isn’t: not when one in five pregnancies ends at the abortion clinic. So it was a victory for realism, at least, when MTV decided to supplement its hit reality shows “16 and Pregnant” and “Teen Mom” with last week’s special, “No Easy Decision,” which followed Markai Durham, a teen mother who got pregnant a second time and chose abortion.

MTV being MTV, the special’s attitude was resolutely pro-choice. But it was a heartbreaking spectacle, whatever your perspective. Durham and her boyfriend are the kind of young people our culture sets adrift — working-class and undereducated, with weak support networks, few authority figures, and no script for sexual maturity beyond the easily neglected admonition to always use a condom. Their televised agony was a case study in how abortion can simultaneously seem like a moral wrong and the only possible solution — because it promised to keep them out of poverty, and to let them give their first daughter opportunities they never had.

The show was particularly wrenching, though, when juxtaposed with two recent dispatches from the world of midlife, upper-middle-class infertility. Last month there was Vanessa Grigoriadis’s provocative New York Magazine story “Waking Up From the Pill,” which suggested that a lifetime on chemical birth control has encouraged women “to forget about the biological realities of being female ... inadvertently, indirectly, infertility has become the Pill’s primary side effect.” Then on Sunday, The Times Magazine provided a more intimate look at the same issue, in which a midlife parent, the journalist Melanie Thernstrom, chronicled what it took to bring her children into the world: six failed in vitro cycles, an egg donor and two surrogate mothers, and an untold fortune in expenses.

In every era, there’s been a tragic contrast between the burden of unwanted pregnancies and the burden of infertility. But this gap used to be bridged by adoption far more frequently than it is today. Prior to 1973, 20 percent of births to white, unmarried women (and 9 percent of unwed births over all) led to an adoption. Today, just 1 percent of babies born to unwed mothers are adopted, and would-be adoptive parents face a waiting list that has lengthened beyond reason.

Some of this shift reflects the growing acceptance of single parenting. But some of it reflects the impact of Roe v. Wade. Since 1973, countless lives that might have been welcomed into families like Thernstrom’s — which looked into adoption, and gave it up as hopeless — have been cut short in utero instead.

And lives are what they are. On the MTV special, the people around Durham swaddle abortion in euphemism. The being inside her is just “pregnancy tissue.” After the abortion, she recalls being warned not to humanize it: “If you think of it like [a person], you’re going to make yourself depressed.” Instead, “think of it as what it is: nothing but a little ball of cells.”

It’s left to Durham herself to cut through the evasion. Sitting with her boyfriend afterward, she begins to cry when he calls the embryo a “thing.” Gesturing to their infant daughter, she says, “A ‘thing’ can turn out like that. That’s what I remember ... ‘Nothing but a bunch of cells’ can be her.”

When we want to know this, we know this. Last week’s New Yorker carried a poem by Kevin Young about expectant parents, early in pregnancy, probing the mother’s womb for a heartbeat:

The doctor trying again to find you, fragile,

After, my wife will say, in fear,

impatient, she went beyond her body,

this tiny room, into the ether—

it is: faint, an echo, faster and further

away than mother’s, all beat box

This is the paradox of America’s unborn. No life is so desperately sought after, so hungrily desired, so carefully nurtured. And yet no life is so legally unprotected, and so frequently destroyed.

Posted by MamaBirdEmma at 9:54 PM

Thank you for posting.

The author has an interesting (and dare I say racist?) position on adoption. She points out specifically how frequently white babies were adopted in years past and how difficult it is now to go through the process of healthy, white infant adoption.
Not to trivialize how difficult any adoption is--because while they are wonderful they are inherently different from births. But minority children and disabled children are available for adoption in pre-Roe v. Wade numbers. And I'm not sure that the majority of the pro-life movement is taking seriously God's call to take care of orphans (unless they are white and healthy...)

I Live in an Antbed said...

Thank you for sharing this! That poem is beautiful, yet it makes this how situation even more terrible. Lord have mercy!

Thank you for posting this. This issue hits especially close to home, as my micropreemie son was classified as an abortus. Our child was the developmentally the same as another which was aborted.

That last paragraph is a pretty powerful one.

Thank you for sharing.