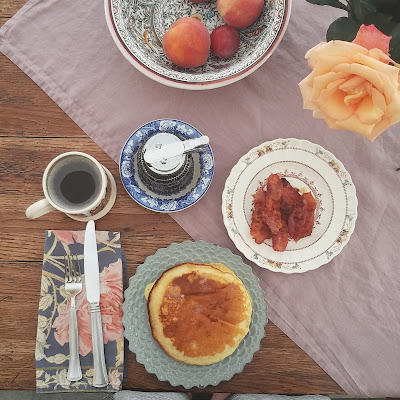 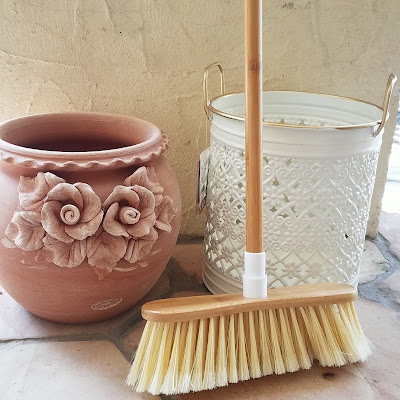 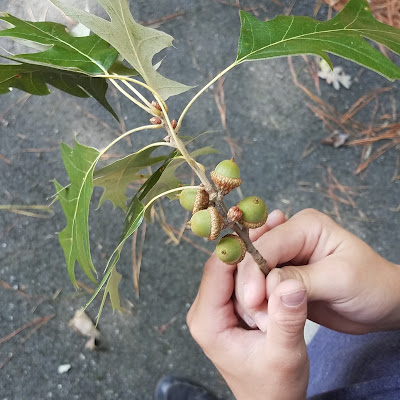 As our nine-year-old son chanted happily this morning, "Saturday, Saturday, Where would I be without you, Saturday?"

We had our first leisurely Saturday morning breakfast of the school year today and I was struck by the dishes that I chose to use. When I got married fourteen years ago, my mantra was "Give Me All White Dishes, or Give Me Death!"  How different things are on our table now!

One of the things that I like the most about Saturdays is the space I have in the day to do whatever strikes my fancy.  Today, I went into Home Goods for a broom... but came out with an Italian terraotta planter and a wastebasket for our daughter's room. Ooops.
Posted by MamaBirdEmma at 8:37 PM

Email ThisBlogThis!Share to TwitterShare to FacebookShare to Pinterest
Labels: Homemaking, Kitchen, Out and About

The Celtic striker was named in McLeish's latest 24 man squad yesterday ahead of this month's Nations League showdown with Israel and a Hampden friendly with Portugal.The 28 year old was relegated to the bench last time out as Steven Naismith got Scotland's campaign off Cheap Nike Air Force 1 to a flyer MK Outlet Sale with a man of the match display in a 2 0 win over Albania.McLeish hailed Naismith's performance on the night and hinted that the Hearts man would keep the shirt for the trip to Haifa Coach Outlet Purses On Clearance sparking an angry public reaction from Griffiths a few days later.Alex McLeish in Steven Naismith climbdown as he insists Hearts striker is not guaranteed startMcLeish revealed yesterday that he has since attempted to make contact with Griffiths to clear the air only for his phonecall to be ignored and unreturned.The manager MK Outlet Online moved to defuse any potential row by insisting Griffiths can still blast his way back into the starting line up. But he admitted: "I haven't spoke Cheap Air Forces to Leigh since the last game. I tried to call him, but he blanked me.