I Have No Hands But Yours... 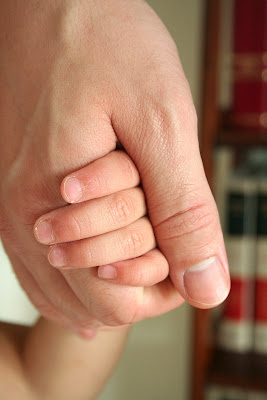 A soldier in World War II was given the task of gathering up the pieces and fragments of a statue of Christ that was destroyed when the cathedral that housed it was destroyed by bombs. He found every piece and fragment, and they were turned over to an artist, whose labor of love it was to reconstruct the statue. Even though it took him months, he accomplished the work, and the statue was returned to its pedestal.

One part of the Christ was missing, however. The soldier could not find the hands of Christ. Both the soldier and the artisan considered their work incomplete without the hands. However, one day as the craftsman was viewing the statue with the missing hands, he got a wonderful idea. Instead of Christ’s hands being raised in blessing, as they originally were, the craftsman placed an ornate, but simple, sign at the base of the handless replica. These were the words of the sign: “I have no hands, but yours.” Will you give your hands – your time and abilities – to your church?
Posted by MamaBirdEmma at 1:24 PM

Our church regularly asks for our "time, talent and treasure" it is probably a worn out phrase in English, but to me it was beautiful and refreshing. We try to give all... treasure in our donations, talent in youth ministry and my husband in reading, and time whenever we can help out.